The role of the Chief Engineer Manager is to maintain the entire hotel facility, including physical building structure, all mechanical, electrical, H.V.A.C. systems and related equipment in accordance with energy conservation and preventative maintenance programs. Ensure the upkeep of guest areas to maintain an attractive hotel. Manage all rehabilitation, expansion, and special projects. Also, provide leadership and development to the engineering team.

Typical duties of the Chief Engineer include :


The successful applicant will:


The Lakefront offers a very competitive benefit package including medical, dental, and vision. Plus a 401k with an employer contribution. 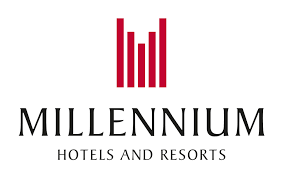 The Lakefront Anchorage
Set on the shore of Lake Spenard next to Lake Hood, The Lakefront
Anchorage is the only hotel in Anchorage that is located on a lake. Our
scenic hotel near Lake Hood has daily flightseeing and fishishow moreshow more

‌
His Excellency Shaukat AzizSenior Independent DirectorShaukat Aziz was appointed to the Board in June 2009. He was elected as Prime Minister of Pakistan and served between 2004 and 2007, having previously held the post of Finance Minister for 5 years. After graduating from Gordon College, Rawalpindi in 1967, Mr Aziz gained a MBA degree from the Institute of Business Administration, University of Karachi. An internship at Citibank marked the beginning of a 30 year career in global finance, encompassing roles globally. As Executive Vice President, he held several senior management positions in Citibank, including Head of Institutional Banking for Central Eastern Europe, the Middle East and Africa, and later for Asia Pacific, followed by Chief Executive of their global wealth management business. A renowned public speaker on economic and geopolitical affairs, Mr Aziz is a member of several boards and advisory boards of various commercial and non-profit entities around the world.
‌
Kwek Leng PeckNon-Executive DirectorKwek Leng Peck was appointed to the Board in February 1995, prior to the flotation of the Company on the London Stock Exchange. He holds directorships on most of the listed companies within the Hong Leong Group of companies in Singapore, including City Developments Limited, Hong Leong Finance Limited, and China Yuchai International Limited. He also serves as an Executive Chairman of Hong Leong Asia Limited, and is Non-Executive Chairman of Tasek Corporation Berhad.
‌
Kwek Eik ShengNon-Executive DirectorKwek Eik Sheng was appointed to the Board in April 2008. He has been with the Hong Leong Group of companies in Singapore since 2006 and joined City Developments Limited in 2009, where he currently serves as the Chief Strategy Officer and Head, Asset Management. Mr Kwek holds a Bachelor of Engineering in Electrical and Electronics Engineering from Imperial College of Science, Technology and Medicine and a MPhil in Finance from Judge Business School, Cambridge University.
‌
Tan Kian SengInterim Group Chief Executive OfficerMr Tan Kian Seng joined Millennium & Copthorne Hotels plc ("M&C") Group as Group Chief of Staff and interim President of Asia in October 2016. He assumed the position of Interim Group Chief Executive Officer of M&C Group from 1 March 2017 to 19 June 2018. From 19 June 2018 onwards, he continues his role with M&C Group as Group Chief of Staff and interim President of Asia. He was appointed as non-executive director of First Sponsor Group Limited on 6 February 2017, a company listed on the Singapore Stock Exchange. He has also been appointed as non-executive director of Millennium & Copthorne Hotels New Zealand Limited and CDL Investments New Zealand Limited respectively on 28 February 2017, companies listed on the New Zealand Stock Exchange. Mr Tan served as chairman and president of the board of Grand Plaza Hotel Corporation which is listed in the Philippines since his appointment on 15 February 2017. Prior to joining M&C Group as Chief of Staff and interim President of Asia in October 2016, he served as advisor to the CEO and Chairman of Venture Corporation Limited ("Venture"), a company listed on the Singapore Stock Exchange. Mr Tan joined Venture in 2001 and held increasingly senior roles in various jurisdictions, including Vice President of Operations in Malaysia until February 2006, Chief Financial Officer until February 2012 and Group President from 2011 until February 2016. He is an associate of the Institute of Chartered Accountants in England and Wales.
‌
Kewk Leng BengChairman and Chair of the Nominations CommitteeKwek Leng Beng has been the Chairman of Millennium & Copthorne Hotels plc since its incorporation. He is also the Executive Chairman of City Developments Limited and Chairman,Managing Director of Hong Leong Finance Limited and the Executive Chairman of Hong Leong Investment Holdings Pte. Ltd, the immediate and ultimate holding company of City Developments Limited. He also was the non-executive chairman of Hong Leong Asia Limited until its annual general meeting in April 2017, when he stepped down as its chairman and as a Director. Mr Kwek was also the Chairman and Managing Director of City e-Solutions Limited until he stepped down in September 2016 after it ceased to be a subsidiary of City Developments Limited. Mr Kwek holds a law degree, an honorary doctorate in Business Administration in Hospitality from Johnson & Wales University in the US, and an honorary doctorate from Oxford Brookes University in the UK. He also serves as a member of the INSEAD East Asia Council. Mr Kwek has distinguished himself in property investment and development, hotel ownership and management, financial services, and industrial enterprises. He was presented the Lifetime Achievement Award at the Asia Pacific Entrepreneurship Awards 2017 organised by Enterprise Asia, a regional non-governmental organisation for entrepreneurship. The accolade was in recognition of his outstanding achievements, visionary leadership and steadfast dedication that has led to the successful growth of the Hong Leong Group for over five decades. He leads a business empire worth over US$32b in diversified premium assets worldwide and companies traded on 6 of the world's stock markets. Mr Kwek heads a worldwide staff of over 40,000 across a range of businesses in Asia-Pacific, the Middle East, Europe, and North America. 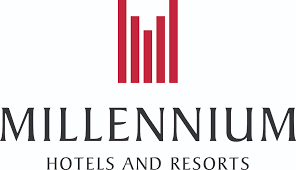 This property is managed by
Millennium Hotels and Resorts